Experimental forms? Perhaps. Quirky, or contemplative? Absolutely. Sometimes all it takes to reshape your world is a solo, or a single instrument.

Thomas Bonvalet is a self-taught multi-instrumentalist. Having commenced his vocation as a bassist he cemented it as a guitarist at the heart of the band Cheval de Frise (1998-2004). Progressively straying from the guitar, he began to integrate foot tapping and various wind and percussive instruments into his performance, incorporating mechanical elements and stray amped-up objects into the soundscape. 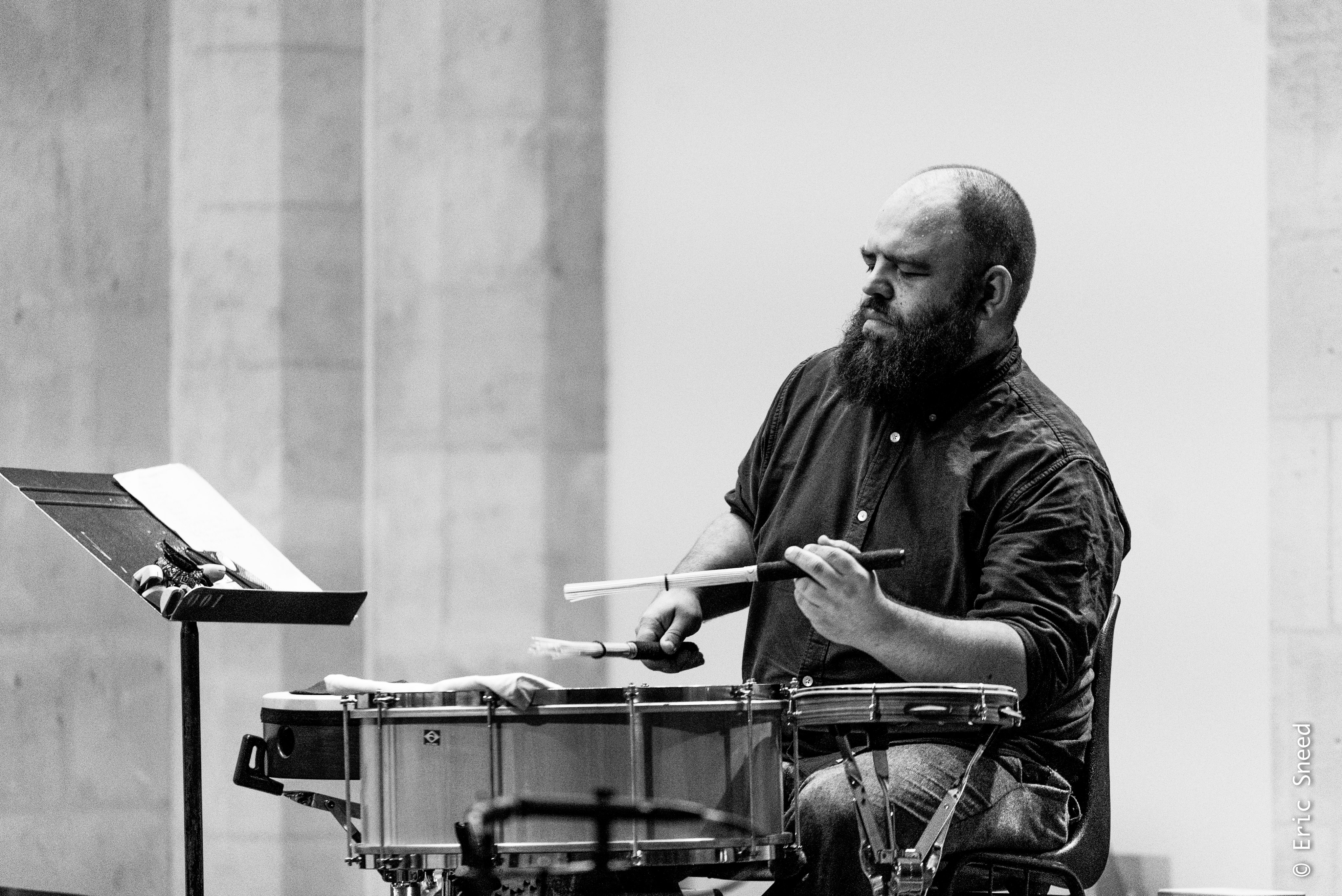 After studying classical percussion and composition with as many written forms as elements from the oral tradition, Alexis Degrenier composed his first pieces for chamber orchestra at the age of 16.

His fascination for the work of Helmut Lachenmann, with whom he attended a writing course seminar, led him to focus on sound spaces, oblique listening and parasitic elements. At the same time, he evolves through his research and collaborations, actively involved in the practice of traditional music, first through the study of North Indian and Pakistani music, to devote himself today to drone music, particularly next to the members of La Nòvia. 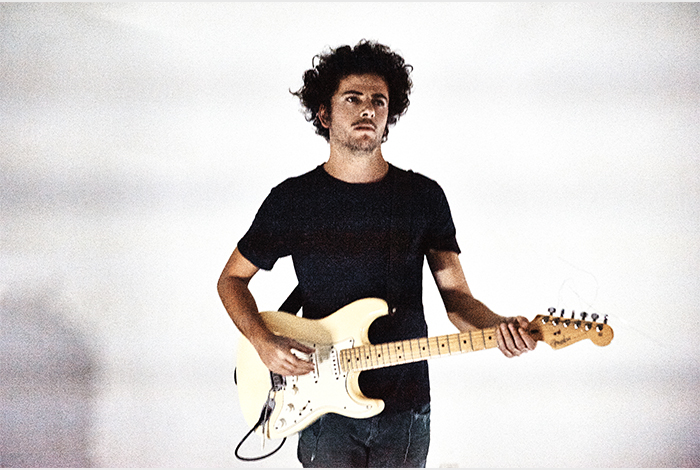 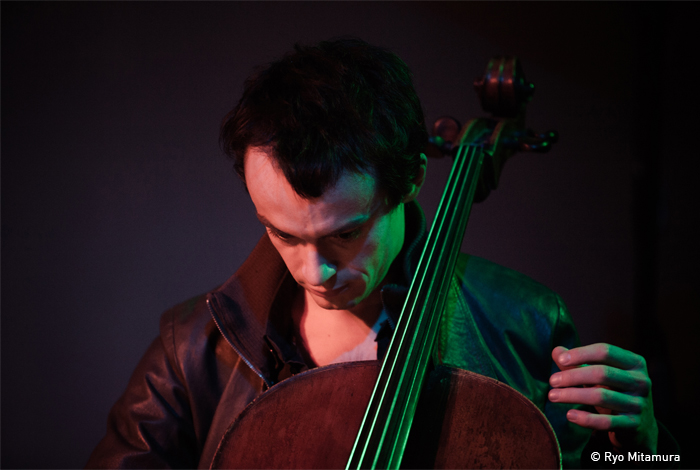 Gaspar Claus is a tireless explorer who ceaselessly re-configures the world map of music. A cross-country cellist who might be described as the heretic heir of the exemplary Tom Cora, with whom he shares the blend of popular and erudite styles and a taste for melody and racket alike, along with an all-encompassing appetite, he allows his unkempt technique to serve the pure joy of being alive, ever open to surprises, with a humanist drive which contaminates his countless collaborations (from Jim O’Rourke to Sufjan Stevens and Rone to Angélique Ionatos). Improvised music (alongside Keiji Haino or Serge Teyssot-Gay), contemporary music (with Bryce Dessner), flamenco (Pedro Soler and Ines Bacan) or pop (Barbara Carlotti, Peter Von Poehl), everything that comes into his hands transforms into an exercise in the intensification of one’s tastes and the bursting of boundaries. 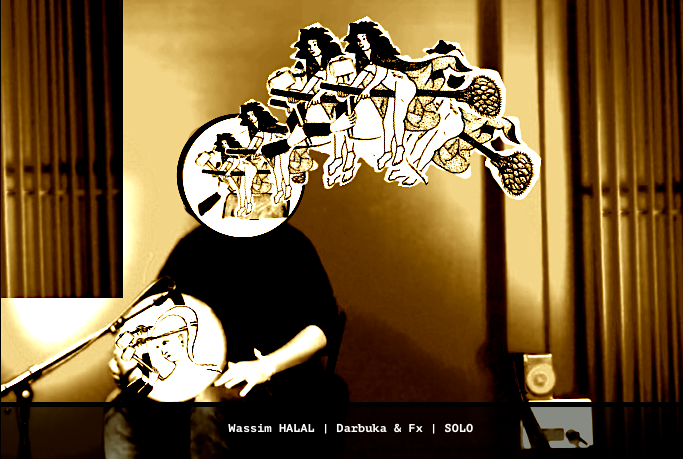 Few people explore Darbuka from this angle, and Wassim Halal likes to clear the land. This solo starts from a simple question: how to create the same emotions as a lament (Ataba) with a Darbuka. What tricks can be found in the narration, the timbres, the references to create a singular emotion.
To this question is also added the exploration of the universe of rhythm, powerful and repetitive. A solo that finds its way by decompartmentalizing identities, working between acoustic and amplified borders. 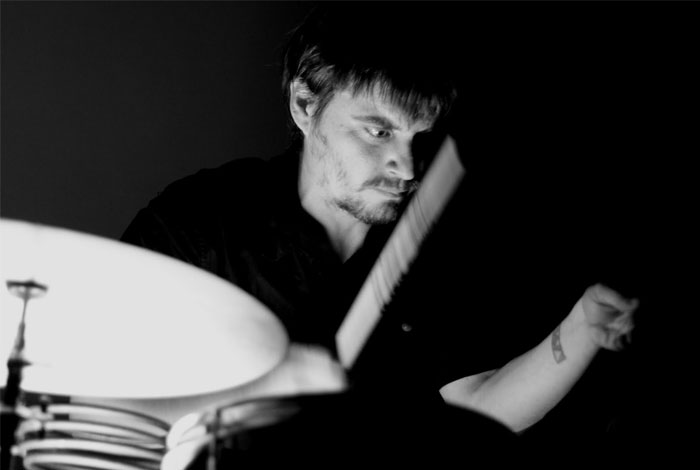 The Australian emigrant set down his suitcases in Nantes in 2004. Since then, he has made his mark among those of the most singular drummers and/or percussionists who hammer the sound space of experimental music around the globe. With his raw and yet erudite approach to the instrument, we forget the technique, we listen to the music. Will Guthrie is also a man who has been nourished by sounds from everywhere, and he lets us hear what he has digested from them. A music with apparent roots but with a strong modernity. Sounds necessarily influence (Tibetan bowls, concert bass drum, bells etc.) but it is the intention behind it that is listened to above all. The sacred placed between the folkloric and the spiritual, which can be interpreted and reread in relation to each one, something that clearly goes beyond the percussion solo…