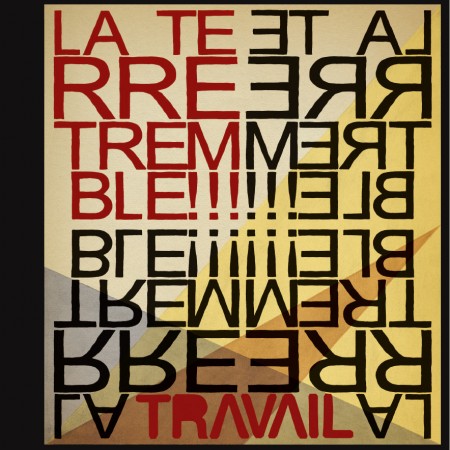 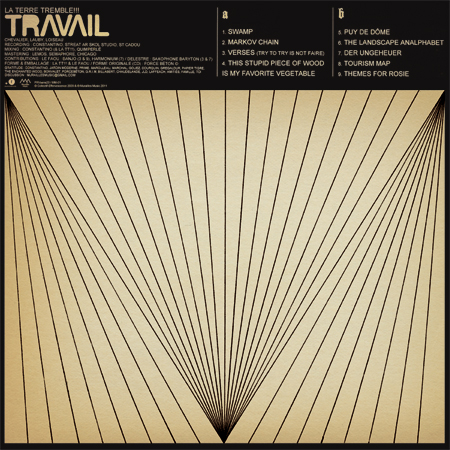 In fact, everything the band does come from pop music. But the songwriting formulas are beat to the ground and torn apart in a kind of Borges-like labyrinth, a desert of mixed feelings and chiaroscuro.

The band’s ability to digest so many musical influences, transforming a plentiful and heterogeneous amount of ideas into a raw and direct delivery, comes from a long tradition of musical endeavors from The Beatles to This Heat, The Pretty Things to Gastr Del Sol, Os Mutantes to Einstürzende Neubauten, David Crosby to Coil, Sparks to Red Krayola, Charles Ives to The Beach Boys, and many others…

La Terre Tremble !!! ‘s creative energy has been noticed on a French tour with David Grubbs and by krautrock legend Faust‘s Jean Hervé Péron who invited them at the Avantgarde Festival in 2007.

Considering the recording studio like a playground for three mad scientists, the band’s live performances are a swampy sonic experience, elaborate and yet unpredictable. Using two or three (electric and acoustic) guitars from powerful chords to heartfelt arpeggios, pairing and eventually destroying each other, three vocals ranging from rested harmony to frenetic tension, not to forget primitive percussion, acoustic and electronic, dry or wet.