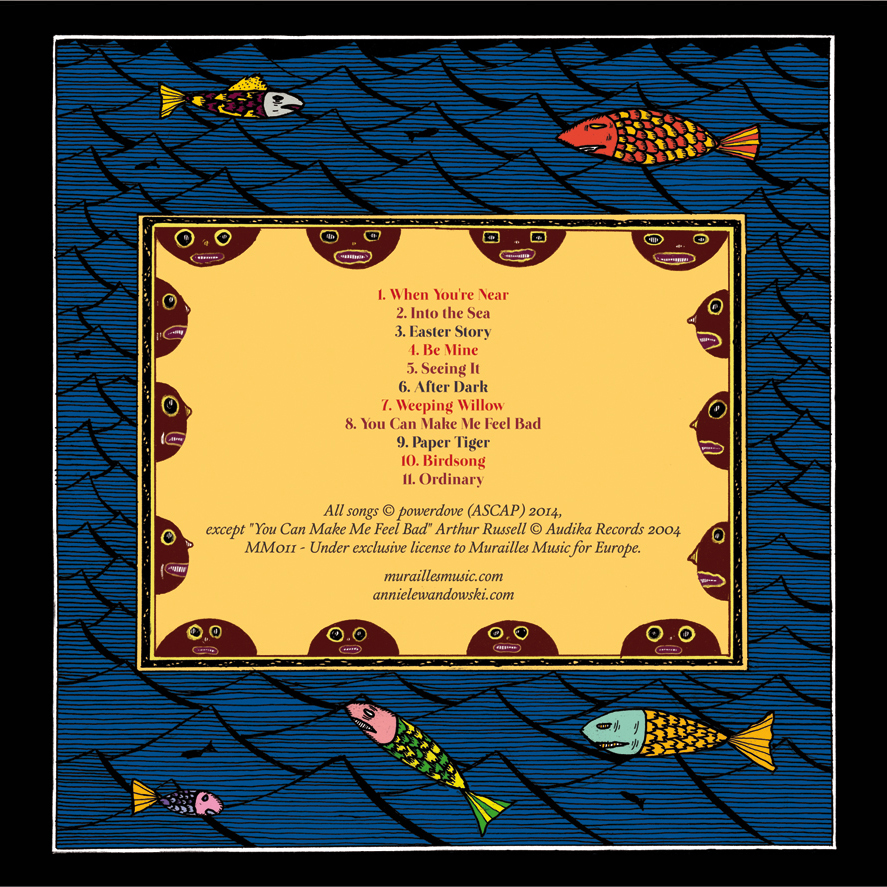 “You cannot arrest the present. You just have to abandon every day your past. And accept it. And if you can’t accept it, then you have to recreate it. Which is what I have been doing.” – Louise Bourgeois So, too, has Powerdove. Since its inception in 2007, the brainchild of Annie Lewandowski has grown from a band of one to one band: of color in a spectrum, of frequency between towers, of bodies reaching toward some abiding vision of nature. From these issue the voices, loves, and frayed truths that define the Powerdove sound. Together with John Dieterich (of noise pop outfit Deerhoof) and Thomas Bonvalet (he of the solo project l’ocelle mare), Lewandowski recently explored fresh yet somehow familiar territories on 2013’s ’Do You Burn? ‘. Now, on ‘Arrest’, she and her fellow travellers erase another border from the map. Although the sentiments of Powerdove can be said to have taken root in Lewandowski’s native Minnesota, they constitute a landscape unto itself, where the ratio of land to sky is flipped, so that all listeners may have room to tread. Her words rest in crucibles of thought, given shape by the whittling away of excess rather than by ornament. Whether scintillating or charcoaled, the arrangements around those words follow their own magnetic north toward a horizon stippled with memory. At times insistent, at others peeling back layers to a childhood spent hiding under church pews, every melody thrums with quiet, propulsive energy: a telltale reminder that behind the grayest skies there is always a sun waiting to blind us with the promise of spring. Wavering between self-assurance and vulnerability, between pasture and eroded crust, Powerdove has the uncanny ability to go underground even as it makes its way skyward. The end result is a temptation, a gust of wind, a storm that never arrives because it was always there, pulsing in our umbilical cords before we ever learned to sing.

Artwork and design by Mark Beyer