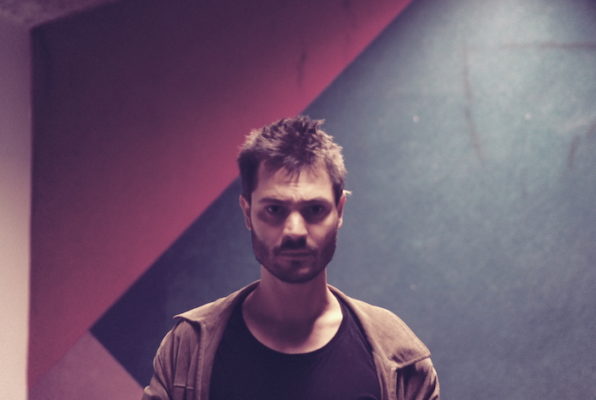 SHARE :
Loup Uberto is one of Bégayer‘s three wise men (saints, brigands, Rosselini‘s characters who make noise). We have also seen him mishandle them in order to revive them with ancient rural melodies from northern Italy, in the noisy and concentrated company of Lucas Ravinale. We are honored to add to our ranks his most recent solo adventure with ‘Racconto Artigiano’, which will be released on April 10, 2020 on three:four records and Le Saule, and we’ll be happy to take his brilliant bric à brac (mobile phones, tamburelli, short-circuited radio transistors) on the road. Expect very intense concerts of as yet uncharted music where medieval or popular Italian songs are being ruined in the midst of unheard-of magnetic fields, between crazy percussions, sound collages and ballets of toxic waves.