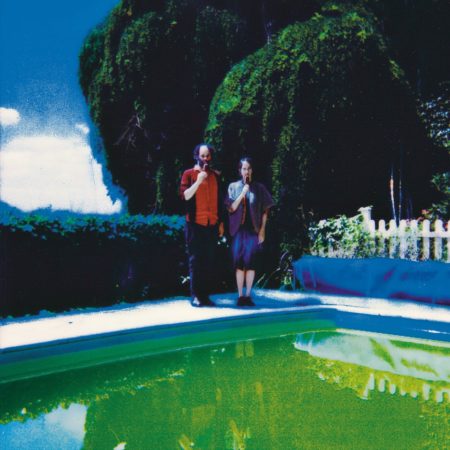 It would seem that ‘Soleil enculé’ (Sodomized Sun) is not Arlt’s fourth album. In fact, it has all the earmarks of being their brand new very first debut. Let’s just call it that. ‘Soleil enculé’ (Sodomized Sun) is Arlt’s brand new very first debut album, written and recorded while under the influence of surprise, the surprise of a new first encounter, of a new morning-after retuned.

‘Soleil enculé’ was envisioned, sketched, fantasized from the vantage of childhood’s territory found anew, a place of the mind and body sometimes only discovered after the big dramas of adulthood, a place where eyes and hands have once more the power of making everything surprising, stimulating, desirable.

The recording was permeated with the otherworldly joy of coming together again and bringing into the brotherly pack two newbies: Ernest Bergez (Sourdure, Kaumwald, Orgue Agnès) as producer and Clément Vercelletto (Kaumwald, Orgue Agnès) on percussion, brass, winds, and electronic derangements.

Equal parts pop songwriting, free improvisation and freaky montage, the album crashes through nine songs in thirty minutes — songs which, happy or wistful, are always radiant, lush, sunlit and tripped-out. This is an album that melds, subverts, amplifies the band’s every obsession and strings it on a toxic necklace like so many chemical noodles.

Eloïse Decazes breathes through the reverb like sunshine through a stained glass window. She injects playful turbulence with her free jazz tinkles on the piano, heart-wrenching harmonies on the concertina, slaps on the organ and blasts of the throbbing giant tape machines. The singer we knew as a starry ethereal firefly turns out be a wild, debauched, poetic and burlesque instrumentalist. Meanwhile at the mic, ‘Soleil enculé’ takes turns shape-shifting from bearded diva to carnival crooner to children’s choir, all by his lone self. His guitar staggers throughout while Mocke’s dazzles and chimes, with brash solos, waves of noise and fake orchestral maneuvers that blend with the saxophone and half-clarinet. The percussion comes in and out of the speakers with triplety loops, bells and motor chirps that make the band groove like never before. And on top of all that, pal Bertrand Belin throws in some violins. Claire Vailler makes a cameo. As do Léonore Boulanger, Jean-Daniel Botta, Marion Cousin, Borja Flames and Charlène Dinhut.